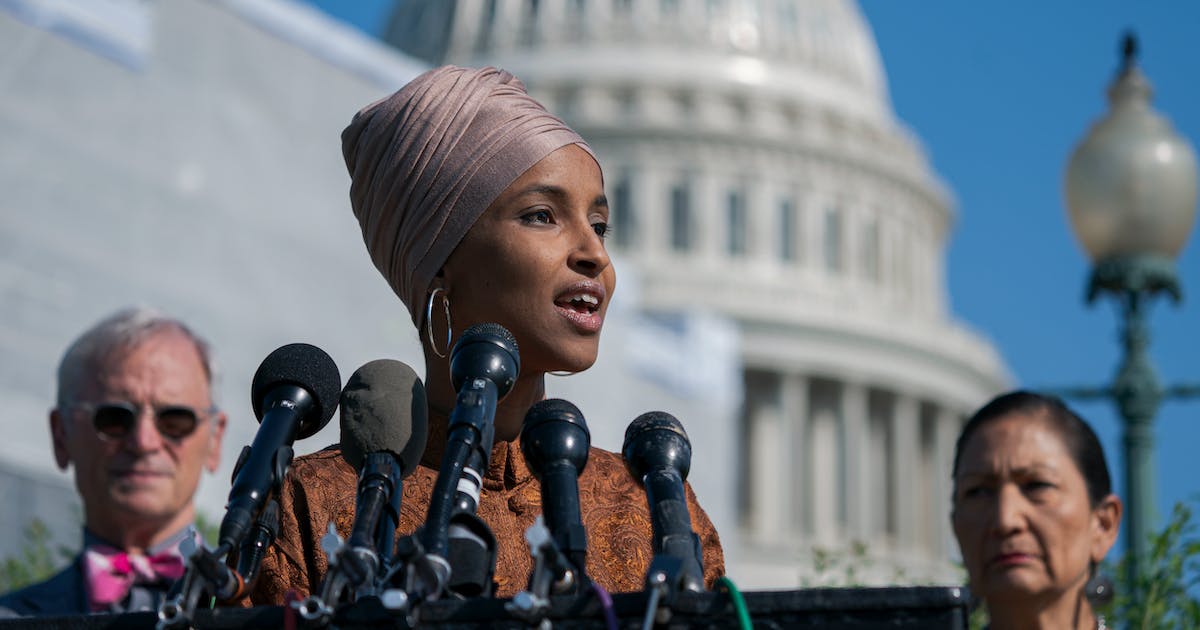 Last week, at a press conference, U.S. Representative Ilhan Omar held her smartphone and released a voicemail message containing a threat to her life. The death threat came from an unknown person after the Islamophobic remarks of Republican representative of Colorado Lauren Boebert.

During his troubling tenure, former President Donald Trump himself made Omar a frequent target for his Islamophobic rhetoric. After Omar appeared on my TV show, Trump accused her of supporting terrorists, hating America and Israel, and laughed at her faith and Islamic dress (hijab).

Fox News has made a lot of money by spreading lies and filth about Omar and Islam.

During her press conference, Omar announced that she had reported numerous death threats to the FBI. Another fatwa on Omar’s head. The media don’t treat this kind of death threat as seriously as novelist Salman Rushdie’s famous fatwa. I have yet to meet a Muslim who took it seriously. Only Rushdie did it, and he made a lot of money and fame for it.

Many Americans hate Omar. From Republicans, racists, and right-wing evangelicals to members of his own party, Omar sums up everything America hates. She is a Muslim, a black immigrant and a strong woman. For conservatives, Omar reminds them of the dark and bloody racial history of Americans – a crash course in critical race theory. For the so-called liberals, Omar reminds them of their innocence, their ideals lost in our troubling modern times.

Islamophobia in the West, especially in this country, has deep roots, from the European Orientalist who feared the Black Moors next door in the south to the Puritan pilgrims who came to America to build a new world, a new Christian utopia. white, far from old Europe, a promised land without history for the new sect of white Christians, a land called America.

Today, with technology, social media and global interdependence, the multicultural and multiethnic political system threatens much of America. Muslims have been racialized and demonized; as Sahar Aziz, in his new book “The Racial Muslim,” explained succinctly, Muslims are now the only group of people you can demonize, attack, profile and publicly accuse, and get away with and maybe get elected. “To protect the safety of all, we must restrict the freedom of Muslims. This is the story the United States government has peddled to the American public since the terrorist attacks of September 11, 2001.”she wrote.

For the so-called progressive left, Omar reminds them of their struggle for civil and human rights, which has been tamed. Those who yearn for a better America, an inclusive America, are troubled by Omar’s treatment.

Ilhan Omar reminds Americans of their lost innocence … and they hate it.

Ahmed Tharwat, host and producer of the local Arab-American television show “BelAhdan with Ahmed”, writes for local and international publications. He blogs at Notes From America: www.Ahmediatv.com. Follow him on Twitter: @ahmediaTV.