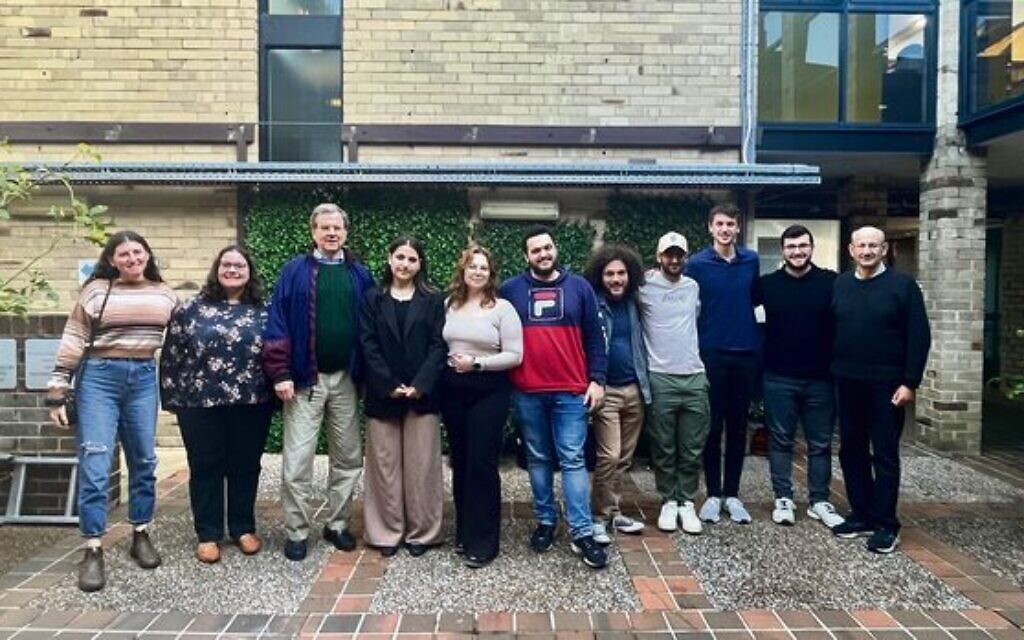 Leaders of the Australasian Union of Jewish Students (AUJS) had the opportunity to sit down with American Jewish Committee (AJC) CEO David Harris during his trip to Sydney as a guest of Australia/ Israel & Jewish Affairs Council (AIJAC) at the end of last month.

Harris spent 30 years as head of the AJC and was described by the late Israeli President Shimon Peres as “the foreign minister of the Jewish people”.

AUJS spent the afternoon listening to his experiences as a global Jewish advocate and some of the lessons he learned along the way. The group discussed the Jewish experience on campus in Australia and spoke about what it means to be proud and resilient Jews in increasingly hostile spaces.

AUJS Vice President Alissa Foster said: “After three years of physical isolation from global Jewry, it was a great honor to have David Harris meet with our student leaders here in Sydney.

“Words cannot describe the work he has done to defend the Jewish people, and it was so inspiring to see him answer our questions and listen to our experiences.”

The future of Australia’s large Jewish community is in good hands.

How can I know? I have met some of these leaders here in Sydney.

They are brilliant. They are proud. They are dedicated. They are passionate. https://t.co/473Jh2zrrO pic.twitter.com/ecHymclToG

After the meeting, Harris tweeted: “The future of Australia’s great Jewish community is in good hands. How can I know? I have met some of these leaders here in Sydney. They are brilliant. They are proud. They are dedicated. They are passionate.

Meanwhile, in a wide-ranging presentation to AIJAC supporters over a boardroom luncheon, he addressed issues facing the American Jewish community, both internally and abroad. exterior; the enormous achievement of the Abraham Accords and the complex issue of Saudi Arabia’s relationship with Israel and the Jewish people; how Iran has “brilliantly played with its hands” to undermine the global ability to restrict the development of weapons of mass destruction and the development of an international terrorist network; the world’s failure to engage on the issue of Jewish refugees from the Middle East and North Africa while romanticizing and contributing to the lack of progress on Palestinian refugees; and US-Israeli relations, both now and looking to future scenarios.

He also stressed that “we cannot afford to lose in Ukraine”, noting that this situation was closely watched both by enemies of liberal democracy and by states that depended on defensive alliances with the West.

During his brief visit, he also met with a number of federal and state deputies, as well as media and civil society leaders.