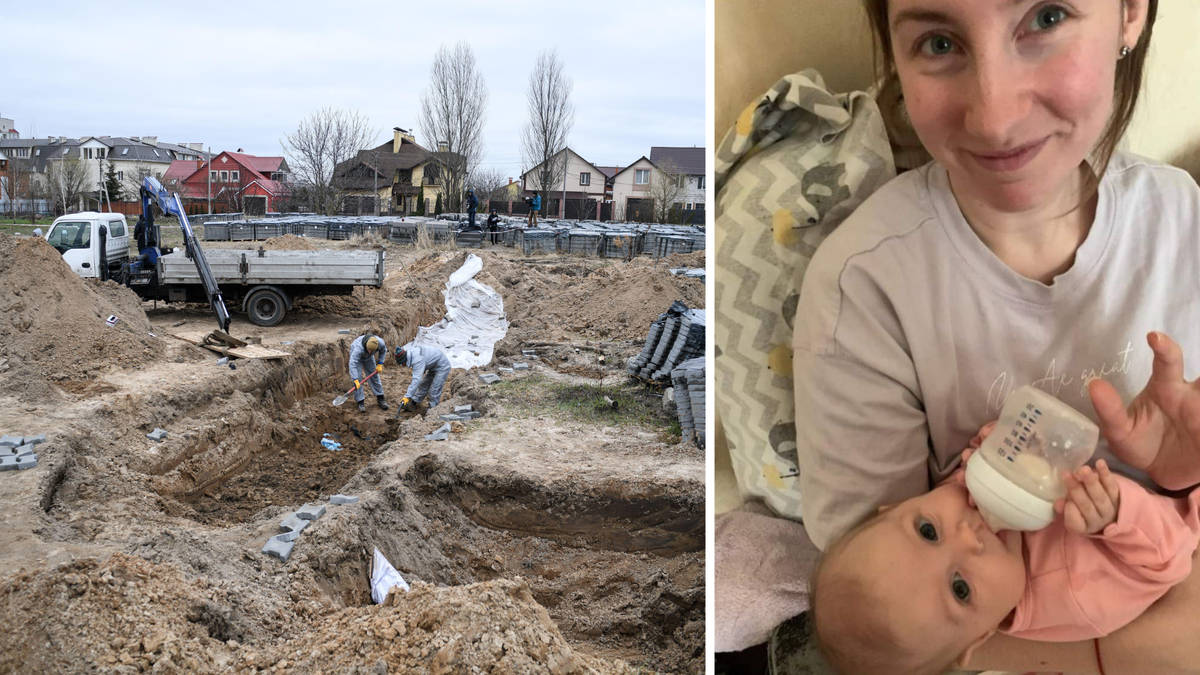 President Zelenskyy called Russia “dirty scum” after the publication of a photo of a young mother and her three-month-old baby killed in a missile attack.

The father, Yuriy Glodan, said he returned from the shops on Saturday to find the bodies of his wife Valeria, their baby daughter Kira and her mother after Russian troops launched a missile attack on a residential building.

In the photo shared by Ukraine’s parliament, the young mother can be seen cradling her three-month-old child, with officials writing: ‘Their life was taken by Russia today when a rocket hit a residential building in Odessa Russia is a terrorist country. We will never forgive and forget! RIP, our angels.

“The war started when this baby was a month old,” Mr Zelenskyy said in a video address over the weekend.

“Can you imagine what’s going on? This is filthy garbage; there are no other words for it.”

The mayor of Odessa told the attackers they would “burn in hell” after eight people died and 18 were injured in the attack on the city.

It comes as officials in the besieged Ukrainian city of Mariupol say a new mass grave has been identified north of the city.

Mayor Vadym Boychenko said authorities were trying to estimate the number of victims at the grave about six miles north of Mariupol.

Satellite photos released in recent days have shown what appear to be images of other mass graves.

Mariupol has been decimated by heavy fighting over the past two months.

Taking the city would deprive Ukraine of a vital port and allow Moscow to establish a land corridor to the Crimean peninsula, which it seized from Ukraine in 2014.

On Monday evening, the UK announced new restrictions on trade with Russia.

Electronic equipment that could be used to spy on Ukrainians will be banned from export to Russia, while trade ties with kyiv will be strengthened.

Products covered by the new export ban could include interception and surveillance equipment, the Department of International Trade said.

The government also announced the removal of customs duties or quotas on imports from Ukraine, to help Volodymyr Zelensky’s administration keep the economy under attack from its neighbour.

The new restrictions on exports to Russia are designed to help insulate Vladimir Putin’s regime by closing potential loopholes to ensure goods do not come from the UK.