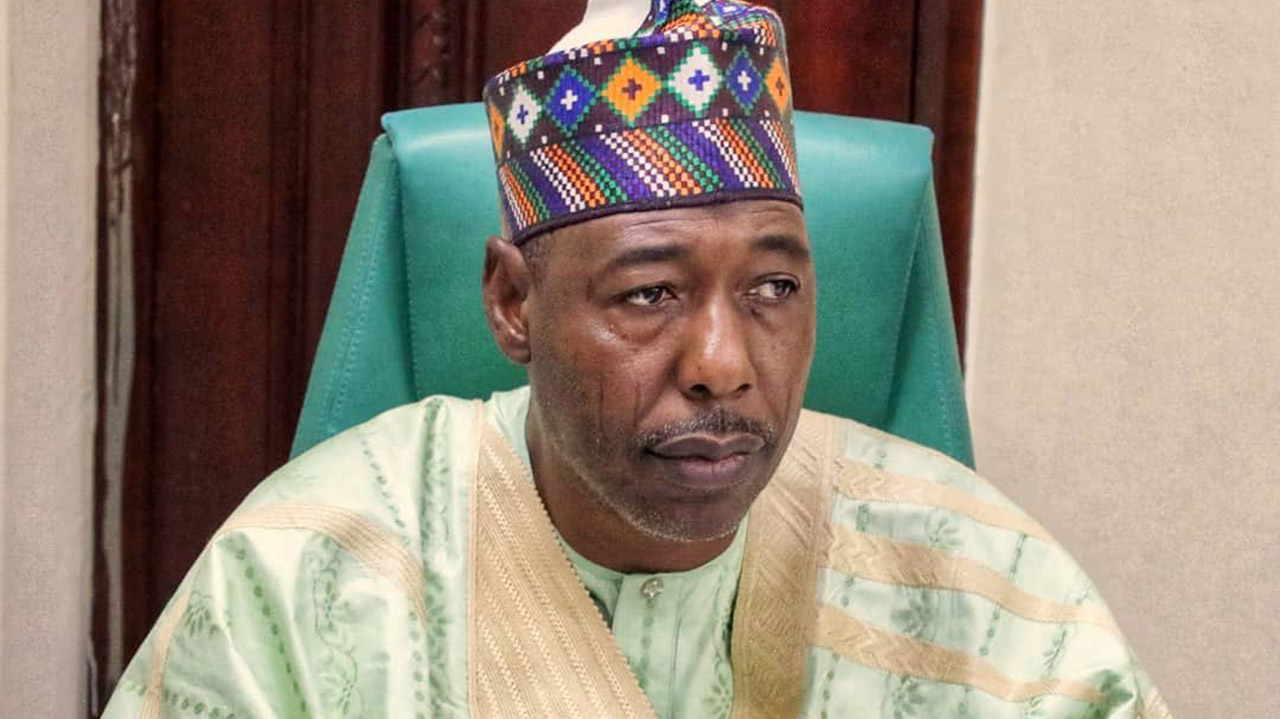 Borno State Governor Babagana Umara Zulum visited Egypt, where he addressed the participants of the third edition of the Aswan Forum for Sustainable Peace and Development, held Tuesday in Cairo.

The Aswan Forum was launched in February 2019 by the Egyptian government “in its capacity as chairperson of the African Union (AU) and champion of post-conflict reconstruction and development (CPDR) in Africa”.

The forum held annually in Egypt “is a high-level multi-stakeholder platform that brings together heads of state, leaders of national governments, international and regional organizations, financial institutions, the private sector and civil society. , as well as visionaries, scholars and eminent experts for a contextual, action-oriented and forward-looking discussion on the opportunities as well as the threats and challenges facing the (African) continent” and the identification of solutions to African problems.

This year’s forum was themed: “Africa in an Age of Cascading Risks and Climate Vulnerability: Pathways to a Peaceful, Resilient and Sustainable Continent”.

The forum brought together participants from African countries and international development partners from other parts of the world.

The forum discussed a number of Africa’s priorities, including strengthening cooperation to fight terrorism, overcoming the effects of the Covid-19 pandemic, achieving food security and advancing disaster relief efforts. post-conflict reconstruction and development.

In his presentation, titled “Pathways to a Peaceful, Resilient and Sustainable Borno State and Surroundings”, Professor Zulum spoke about Borno’s experiences over more than 12 years of counterinsurgency, highlighting the impact of the crisis, the responses and ongoing reconstruction efforts as well as the prospects for peace. recovery.

Zulum, among others, highlighted issues with an effective integrated model in response to a wave of terrorist defections, bolstering peacebuilding and development in Borno’s 10-point agenda, balancing peace and justice and ensuring appropriate linkages between federally based rehabilitation efforts. and ongoing state-led rehabilitation, reconciliation and reintegration.

Ahead of Tuesday’s presentation, Governor Zulum on Monday received a research paper titled “Advancing Holistic and Comprehensive Efforts to Address the Growing Challenge of Terrorism in Africa: A Nigerian Case Study on Developing Sustainable Pathways Out of Africa”. ‘Extremism for People Formerly Associated with Boko Haram and Islam State of West Africa Province’.

The report was presented to the governor by the Cairo International Center for Conflict Resolution, Peacekeeping and Peacebuilding (CCCPA).

The report is expected to help Borno’s approach to ongoing peacebuilding efforts aimed at ending the violent activities of Boko Haram and ISWAP terrorists.

Governor Zulum traveled to Egypt alongside officials involved in the ongoing disarmament, demobilization and reintegration activities in Borno in response to the mass surrender of Boko Haram and ISWAP fighters who surrendered to the invitation to peace from the government.